“The mighty shaking has commenced and will go on, and all will be shaken out who are not willing to take a bold and unyielding stand for the truth, and to sacrifice for God and His cause.” (Ellen White A Word to the Little Flock, p. 31)

There are many misunderstandings about the shaking. Many people today teach that the shaking involves being shaken out of the General Conference organization of Seventh-day Adventists.

“I asked the meaning of the shaking I had seen. I was shown that it would be caused by the straight testimony called forth by the counsel of the true Witness to the Laodiceans. It will have its effect upon the heart of the receiver of the testimony, and it will lead him to exalt the standard and pour forth the straight truth. This straight testimony some will not bear. They will rise up against it, and this will cause a shaking among God’s people.” (Spiritual Gifts, vol. 1, pp. 184, 185, 1858)

“The numbers of this company [the faithful] had lessened. Some had been shaken out, and left by the way. The careless and indifferent who did not join with those who prized victory and salvation enough to agonize, persevere, and plead for it, did not obtain it, and they were left behind in darkness, and their numbers were immediately made up by others taking hold of the truth, and coming into the ranks. Still the evil angels pressed around them, but they could have no power over them.” (Spiritual Gifts, vol. 1, p. 186; written in 1858)

The Shaking a Counsel to Laodicea

“I asked the meaning of the shaking I had seen. I was shown that it would be caused by the straight testimony called forth by the counsel of the true Witness to the Laodiceans..” (Spiritual Gifts, vol. 1, pp. 184, 185)

Who are the Laodiceans?

“The message to the Laodiceans is applicable to SEVENTH-DAY ADVENTISTS who have great light and have not walked in the light.” (2 Selected Messages p. 66)

Laodicea does not represent the true Adventists, it represents Adventists who have not walked in the light, nominal Adventists, or professed Adventists. Joseph Bates once wrote this plainly… 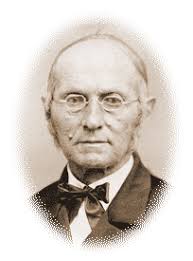 “First part, SARDIS, the nominal church or Babylon. Second part, Laodicea, the nominal Adventist. Third part, Philadelphia, the only true church of God on earth, for they ask to be translated to the city of God. Rev.iii,12; Heb.xii,22–24. In the name of Jesus, I exhort you again to flee from the Laodiceans, as from Sodom and Gomorrah. Their teachings are false and delusive; and lead to utter destruction. Death! DEATH!! eternal DEATH!!! is on their track. Remember Lot’s wife.” JOSEPH BATES. Fairhaven, Mass., Nov. 10, 1850. (The Adventist Review and Sabbath Herald, November 1850)

We are told straightly Laodicea represents nominal Adventists, or professed Adventists. They say they are Adventists and are not. Having a name on your organization makes them Adventist as much as calling yourself a Jew means you are a real Jew, or saying you are Abraham’s seed, but your real father is the devil. The true Adventist is not one which has a baptismal certificate which says he is a Seventh-day Adventist, but rather the true Adventist is one which is one inwardly, in the heart, in the spirit, whose praise is not of men, but of God.(See Rom 2:28, 29).

The bible tells the Philadelphians that there would be those who profess they are Jews and are not right before the second coming. The bible tells us they are not God’s church, but are the “synagogue of Satan”.

That was written to the church of Philadelphia, which is God’s last true church. Ellen White identified these professed Jews in the above verse as “professed Adventists”.

“You think, that those who worship before the saint’s feet, (Rev 3:9), will at last be saved. Here I must differ with you; for God shewed me that this class were professed Adventists, who had fallen away, and “crucified to themselves the Son of God afresh, and put Him to an open shame.” And in the “hour of temptation,” which is yet to come, to show out every one’s true character, they will know that they are forever lost; and overwhelmed with anguish of spirit, they will bow at the saint’s feet.” (EGW A Word to the Little Flock, page 12)

In this passage we are shown that the “synagogue of Satan” in Revelation 3:9 is a church and says that they are Adventist, but are not. As Joseph Bates put it “First part, SARDIS, the nominal church or Babylon. Second part, Laodicea, the nominal Adventist. Third part, Philadelphia, the only true church of God on earth…”(The Adventist Review and Sabbath Herald, November 1850)

Philadelphia is “the only true church of God on earth” in this time. It has been since 1844 and will be until Jesus comes and we are warned to flee out of the midst of this Laodicean church by God himself and not to look back.

Notice in the following quote that those described as the Church of Philadelphia in Revelation 3:7-13 are the 144,000, the sealed. To be outside of this church in the time of the end, and in Laodicea will ensure that you receive the mark of the beast.

“The 144,000 were all sealed and perfectly united. On their foreheads was written, God, New Jerusalem, and a glorious star containing Jesus’ new name…Then it was that the synagogue of Satan knew that God had love us who could wash one another’s feet and salute the brethren with a holy kiss, and they worshiped at our feet.” (EGW Early Writings page 15)

Who is Laodicea? We have learned already that Laodicearepresents Adventists who have had great light and not walked in it, also, professed Adventists, or nominal Adventists. Most who have some background on Seventh-day Adventism already understand who it is that I am talking about. Many times we quote the papacy and allow them to speak for themselves, to expose the truth about Babylon, the little horn, as well as the first beast of Revelation. Today there is another group who know very well who they are, but don’t understand the consequences of who they are. It is the General Conference of Seventh-day Adventists, an organization that says they are Adventist and are not, an organization of “professed Adventists”. From an article in the Adventist Review from August 2008 we read:

“Today we hesitate to claim we’re the remnant; but as for Laodicea, that’s us! Us alone!…No other Christian group vies with us for the dubious privilege of being identified with it….claiming exclusive rights to Laodicea is not politically incorrect. So, unchallenged, we’ve become anchored in the view that Seventh-day Adventists are the sole group envisioned in the apocalyptic concept of that term.” (Adventist Review, August 28, 2008, p 5.)

He is correct, just as Joseph Bates was that they are not the remnant, but they are Laodicea, and regarding this nominal Adventist organization, we have a call to give them:

Call out of the Nominal (Professed) Adventist Churches

“I saw that God has honest children among the nominal Adventists and the fallen churches, and before the plagues shall be poured out, ministers and people will be called out from these churches and will gladly receive the truth. Satan knows this; and before the loud cry of the third angel is given, he raises an excitement in these religious bodies, that those who have rejected the truth may think that God is with them. He hopes to deceive the honest and lead them to think that God is still working for the churches. But the light will shine, and all who are honest will leave the fallen churches, and take their stand with the remnant.” (Ellen White Early Writings 261).

If this is to happen just before the loud cry and the plagues being poured out, then it would be a great deception to teach that the shaking shakes people out of the General Conference. When in fact the call will be the opposite which is “come out of those churches” before the plagues fall.

The promise is that the honest will come out of the nominal Adventist churches just before the plagues are poured out and will take their stand with the true Adventists, the Adventist Church of 1844, the one that was in existence more than nineteen years before the General Conference.

The Ten Lost Tribes of Israel – Are They Really Lost?

New Video – Upon This Rock – Foundation of our Faith

A New President for America -Building Walls or Breaking Walls Down

What is God’s Remnant Church? – The Remnant of Her Seed – His Covenant Bride