God calls the children in Babylon “My people”. But if they fail to listen to his voice and 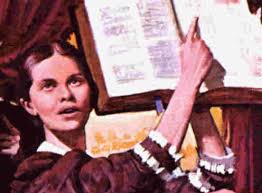 “come out of her” they will no longer be His people.

“The message of the fall of Babylon, as given by the second angel, is repeated, with the additional mention of the corruptions which have been entering the churches since 1844. The work of this angel comes in at the right time to join in the last great work of the third angel’s message as it swells to a loud cry. And the people of God are thus prepared to stand in the hour of temptation, which they are soon to meet. I saw a great light resting upon them, and they united to fearlessly proclaim the third angel’s message.” (Early Writings, p. 277)

What churches will God call his people out of at the time of the loud cry and just before the time of trouble? Does Satan seek to deceive us on this point?

“I saw that God has honest children among the nominal Adventists and the fallen churches, and before the plagues shall be poured out, ministers and people will be called out from these churches and will gladly receive the truth. Satan knows this; and before the loud cry of the third angel is given, he raises an excitement in these religious bodies, that those who have rejected the truth may think that God is with them. He hopes to deceive the honest and lead them to think that God is still working for the churches. But the light will shine, and all who are honest will leave the fallen churches, and take their stand with the remnant.” (Ellen White Early Writings 261).

God’s people will heed the call and come and stand with the remnant. They will not compromise themselves, their brethren or their children. Some would apply the term “nominal Adventists” to Sunday keeping Adventists. The term “nominal” is broader than this and basically means “professed”. They call themselves Adventists, but are not. Many say they are Jews and are not even though they go to church on Saturday. Therefore they are a “nominal Jew”. They don’t have to go to church on Sunday to be “nominal”.

It is my belief that Cain and Abel were Seventh-day Adventists. Both kept the Seventh day and were awaiting the advent of Christ, however one was nominal and was found a persecutor of the true Adventist. Union sometimes is not available.

“After a long and severe conflict, the faithful few decided to dissolve all union with the apostate church if she still refused to free herself from falsehood and idolatry. They saw that separation was an absolute necessity if they would obey the word of God. They dared not tolerate errors fatal to their own souls, and set an example which would imperil the faith of their children and children’s children. To secure peace and unity they were ready to make any concession consistent with fidelity to God; but they felt that even peace would be too dearly purchased at the sacrifice of principle. If unity could be secured only by the compromise of truth and righteousness, then let there be difference, and even war.” (The Great Controversy, p. 45)

There will be some who will be ready to deceive, to make us believe that God is still working with these fallen nominal Adventist churches. It will be hard to discern the truth about the “new organization…built on sand”(1 SM 199-207) and the true building set on a rock, made of spiritual stones, built up a spiritual house by Christ Jesus himself without hands, rather than by men out of bricks, mortar, hammers and nails. We should be on alert:

“It is not the open and avowed enemies of the cause of God that are most to be feared. Those who, like the adversaries of Judah and Benjamin, come with smooth words and fair speeches, apparently seeking for friendly alliance with God’s children, have greater power to deceive. Against such every soul should be on the alert, lest some carefully concealed and masterly snare take him unaware. And especially today, while earth’s history is closing, the Lord requires of His children a vigilance that knows no relaxation.” (Prophets and Kings, p. 570)

There is a clear call to God’s people not to go and listen to error and being separate from those who are teaching doctrines of men and heresy’s which could lead to eternal death. Or deadly heresies.

“I was shown the necessity of those who believe that we are having the last message of mercy, being separate from those who are daily imbibing new errors. I saw that neither young nor old should attend their meetings, it is wrong to thus encourage them while they teach error that is deadly poison to the soul and teach for doctrines the commandments of men. The influence of such gatherings is not good. If God has delivered us from such darkness and error, we should stand fast in the liberty wherewith He has set us free and rejoice in the truth. God is displeased with us when we go to listen to error without being obliged to go; forunless He sends us to those meetings where error is forced home to the people by the power of the will, He will not keep us. “(Early Writings, pp. 124, 125) 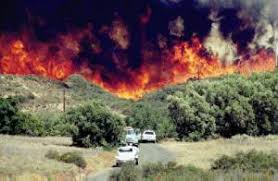 Many will fail to heed the call. They will think that God is working with the fallen churches and nominal Adventists. And will pronounce the loud cry as a message from Satan thus blaspheming the message of God’s Holy Spirit. This message is to alert us with regard to the “smooth words and fair speeches” to “be on the alert, lest some carefully concealed and masterly snare” take you “unaware”. May we all be lead to a deeper study of the issues.

“Precious light is to shine forth from the word of God, and let no one presume to dictate what shall or what shall not be brought before the people in the messages of enlightenment that He shall send, and so quench the Spirit of God. Whatever may be his position of authority, no one has a right to shut away the light from the people. When a message comes in the name of the Lord to His people, no one may excuse himself from an investigation of its claims. No one can afford to stand back in an attitude of indifference and self-confidence, and say: “I know what is truth. I am satisfied with my position. I have set my stakes, and I will not be moved away from my position, whatever may come. I will not listen to the message of this messenger; for I know that it cannot be truth.” It is from pursuing this very course that the popular churches were left in partial darkness, and that is why the messages of heaven have not reached them. “{Ellen G. White CSW 28.1}

And perhaps it is the reason many of us will be left in partial darkness today.

Agitation of Sunday – Destroying the Constitution

Ellen White on the 1335 days. Is there a future or dual Application?

Time Setting Not of God

How to Begin the Biblical Year – God’s Calendar – New Booklet